“I want to go skate!” These words come from my kids all too often. They usually go to the local store and skate around the parking lot but we are trying to  wean them from doing that for safety reasons. So we headed down to a local lakeside park. We let them skate a bit them we hiked around the lake a little. I was happy to be outside and with my little family.

I have a need to get out in nature as much as possible while the weather is pretty and cool! So we headed out to a trail. After a picnic, we hiked a trail that just happened to have letter markers ever so many feet… so we made up a game. When we got to a letter marker we had to find something in nature that began with that letter. For example: B – blossoms!  It was much easier when they were little and had a natural passion for discovery but after hiking so many trails  we have to think up new ways to make our teens interact with the wonder of nature. Once we got a little ways down the trail they relaxed back into their old selves playing around and being silly together.

For his birthday last year, Adam had to have a mini-donkey. His ambition was to teach the donkey to pull him on a cart. Today hubby and Adam make a “training cart” and had Rowdy the donkey pull Adam around a little. Rowdy was not thrilled with the idea but he accepted it and moseyed around with Adam in tow as hubby led. Rowdy did get extra loving in return so it wasn’t so bad! The kids then decided they would let Rowdy have a break and just pull each other around on the cart! That was just as fun!

Anna passed her written driver’s license test! Not only “passed” but aced it with a 100%!! We took her down to the DMV to get her learner’s permit and now she is “legal to practice” driving! Of course, she joined us all with the self-hating of our drivers license. She said, “I am just glad I can retake the picture when I turn 16 and get my real license!” 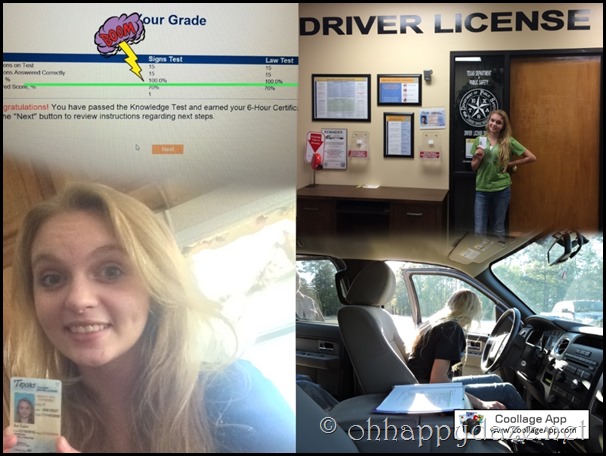 Adam decided he wanted to learn to play basketball for fun. He and Anna went out in the back yard and shot a few hoops but the goal was too short and the ground too uneven to successfully dribble the ball but they played around being silly and enjoying the pretty spring day! 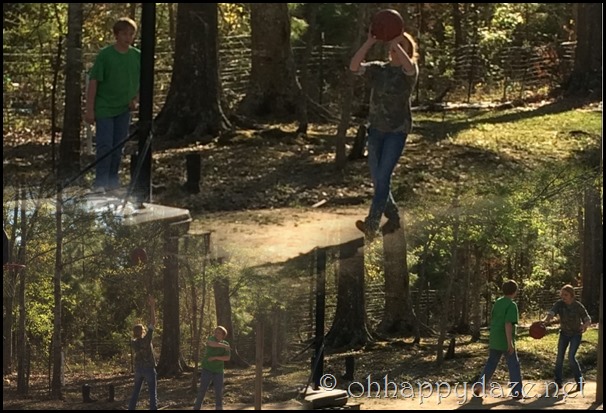 Adam decided basketball would be easier on a court. He bought himself a new ball and we headed out to the park and let the kids play a little one-on-one! It wasn’t long before dad decided to play too and yes, even I sat the camera own long enough to make a hoop! It was such a blessing to see my husband playing and laughing with the kids! All too often we get caught up in so much work and worry and stress with the kids that we forget to just enjoy them and moments like these!

Anna wanted to practice driving sow e let her drive around the lake area which gave us a perfect opportunity to enjoy a quick hike. The water levels were still high from the earlier flooding in East Texas but we could still walk the deserted old camping loops that had been blocked off since the flood last year. It makes me smile to see the kids acting silly and playing around with each other. It also pleased me when Adam picked up a piece of bark and informed me that a sap sucker had been busy (referring too the small holes pecked into the bark.) It was a moment for me thinking, “Yay, he remembered something from our hikes a few years ago!” 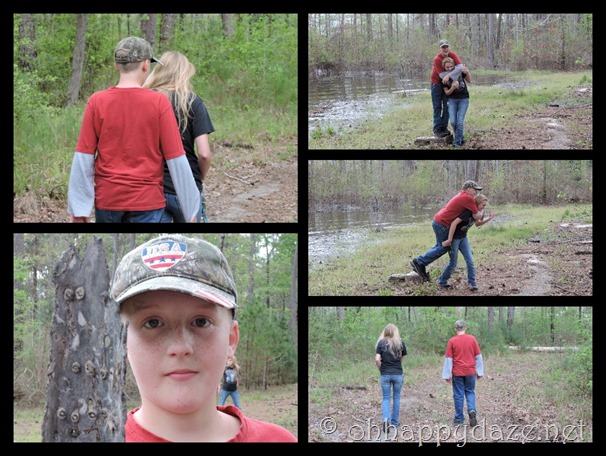 We decided to try to go fishing on this beautiful spring day. Sadly, we forgot about the high lake levels which flooded the roads to where we usually would fish. We had fished on the flooded road last year when the water was even higher and caught plenty of little perch. Today was completely opposite. Today we could not get a cast out in the water without hanging the hook on some branch or debris. Anna had to walk out several times to unhook the line. We kept hearing a large splash about 100 feet out in the brush, we were not sure if it was a big fish, a gar, or an alligator but either way, Anna was not to keen on wading out there repeatedly to get the fishing line untangled and besides, it was spooking the fish losing any chance to catch  anything. We tried a couple of other places with the same luck but finally just gave up and went home. We will have to wait for the water to go down to try again. 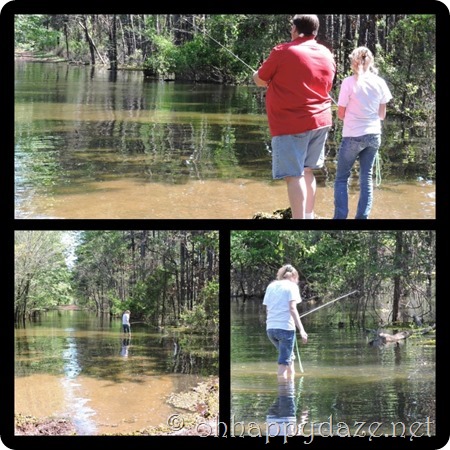 March ended with a bounty of flowers blooming everywhere! The heavy rains then the warm weather on top of that caused everything to bloom! Here are a few of the flowers I enjoyed in my yard! 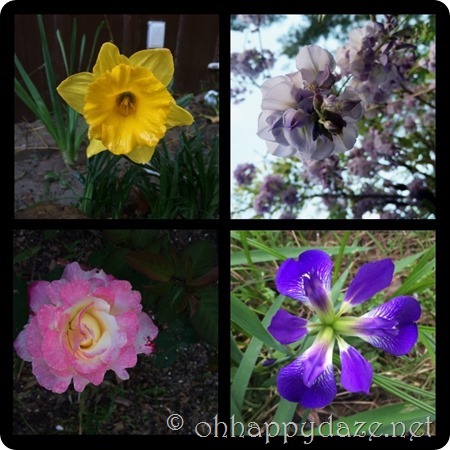 For those wondering about our eldest, he comes around and visits maybe once a week and on occasion eats dinner with us but is generally busy with his friends, girlfriend, and job. He is living the typical busy life of a young adult.

Posted in Family, My Journal