A beautiful chilly Sunday morning and we hit the road to do some geocaching.

Above were our logs for the day, we hit them in reverse order…

We headed out to Martin Dies State Park to grab a couple caches including their Official Park Cache for 2012. Anna was the one to find it! I am laughing at Stewart’s face in this picture! I am not sure he was awake yet!

A couple more caches and we end up at the Pedigo Cemetery. Spring looked to be “in the air” with the abundance of flowers on this beautiful Peony, but the Peony has some varieties that bloom very early compared to other flowering bushes. 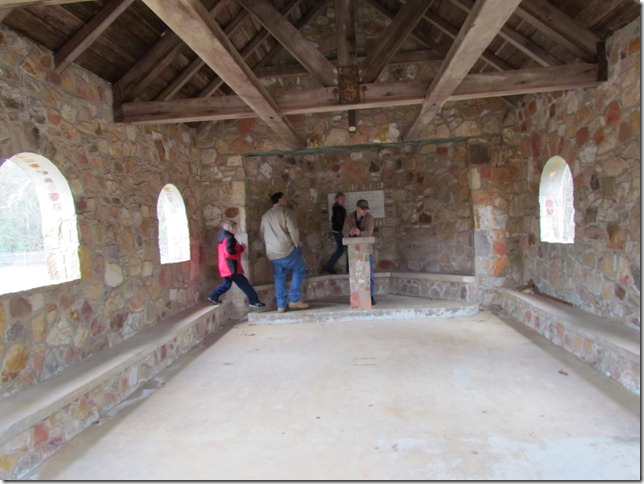 This lovely rock chapel is in the cemetery.
Austin took the position as the “preacher.” We talked about wishing we could make a stone building like this at home then we could invite people over for Sabbath meetings on Friday evenings!

The kids were framed!!
…in the window of the chapel! It made for a nice picture! 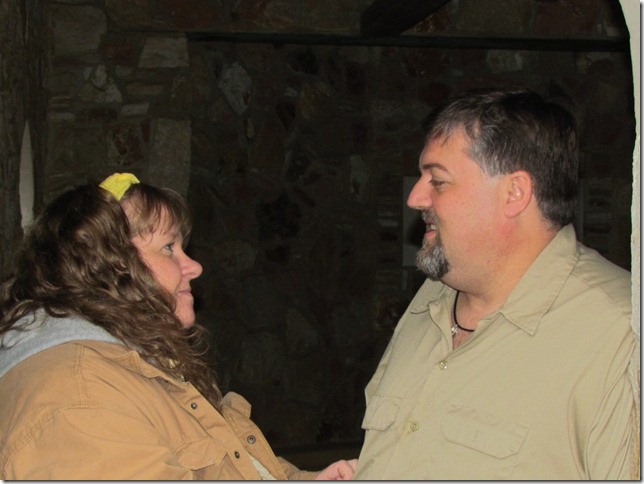 So of course it was our turn to pose! 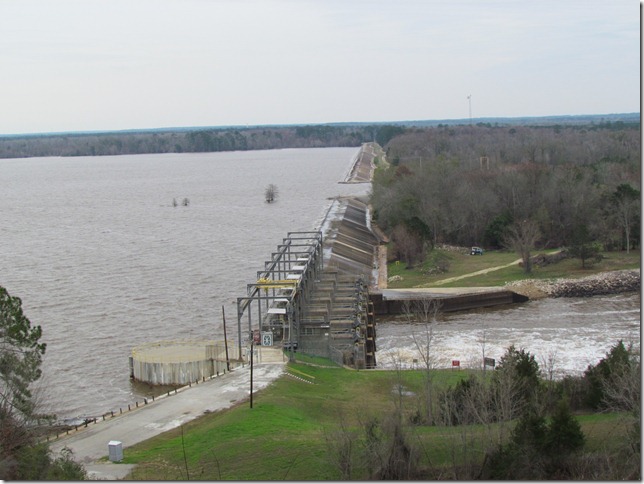 We were led (by the geocaches) to a roadside park beside the dam. Nice view from up here.

The kids were determined the cache should have been in this big ol’ tree, but it wasn’t! They just enjoyed climbing around on it anyway.

I found the cache inside a pipe but had to get the taller people to actually reach it, which caused Austin to taunt me with the cache! 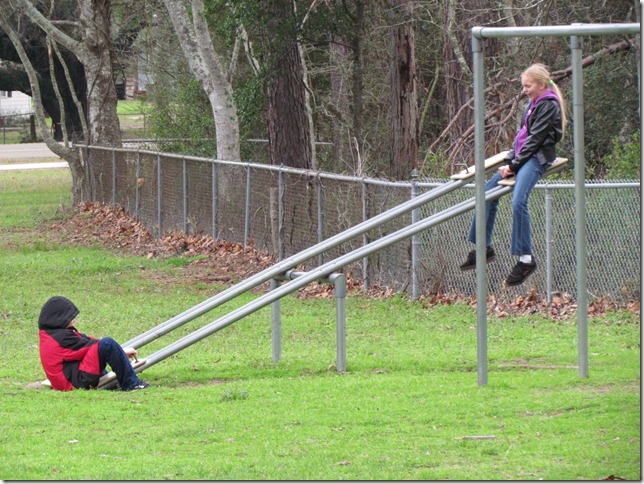 The “littles” took advantage of the nearby see-saw for a little while, then we headed out to cache some more.

Even the Bearded Tooth Mushroom was growing nicely in spite of the chilly air, they are suppose to only grow from August through November. 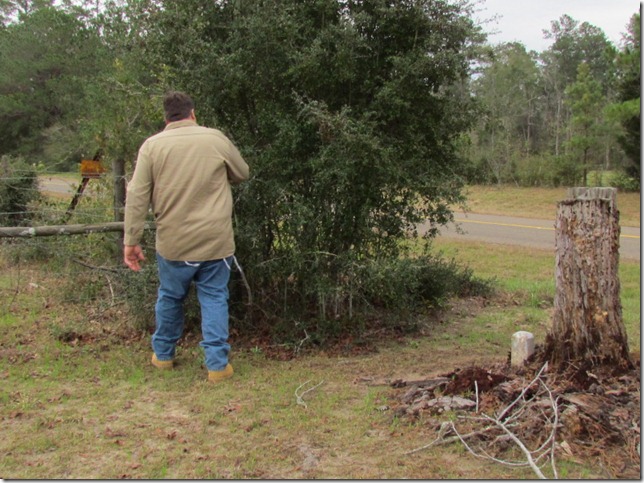 At our next cache, Stewart goes in for the find. (I find something a tad bit charming about a man who wears tzitzit (the fringes hanging from his belt loops))

Why does he wear them?

The LORD spoke to Moses: "Speak to the Israelites and tell them to make tassels for themselves on the corners of their garments throughout their generations, and put a blue thread on the tassel of the corners. You must have this tassel so that you may look at it and remember all the commandments of the LORD and obey them and so that you do not follow after your own heart and your own eyes that lead you to unfaithfulness. Thus you will remember and obey all my commandments and be holy to your God.
(Numbers 15:37-40) 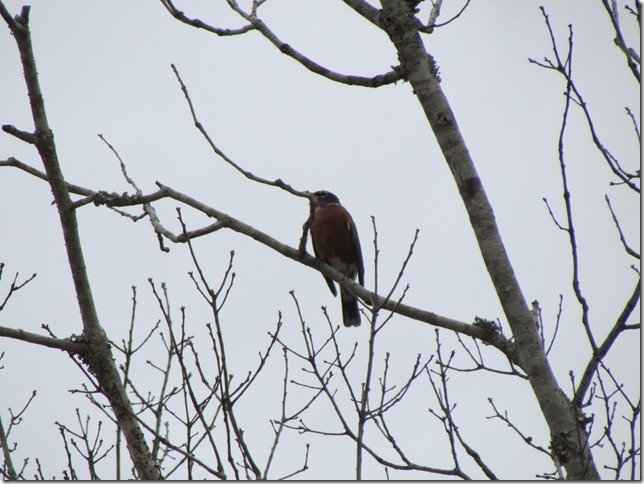 A Robin! Isn’t that suppose to be a sign that spring is near?

We headed down some dirt roads out in the middle of no where, hunting down the last few caches. Anna had to duck under brush to make the find. This cache was in bad shape. The box was busted and leaking so as a courtesy I replaced the log sheet and logged that it needed some help.

Adam made the last find for the day. It was a test tube looking container buried in the ground up to the cap and I know we would have never found it, thinking it was just a soda bottle lid thrown out, if it hadn’t been for someone placing a suspicious pile of rocks on the stump near it.

We attempted to make one more find but the cache brought us to a business and I rarely go geocaching around public places so after a quick look by Austin I told him to forget it and we left. After reading the cache info better, apparently the little store was the stomping grounds of the cache owner so it would have been fine to go snooping around, he would have understood!

Spring may have been almost here but the clouds looked rather foreboding by the end of the day. Which makes me think of one of my favorite poems…

Nature’s first green is gold,
Her hardest hue to hold.
Her early leafs a flower;
But only so an hour.
Then leaf subsides to leaf.
So Eden sank to grief,
So dawn goes down to day.
Nothing gold can stay

Posted on February 5, 2012, in Geocaching. Bookmark the permalink. Leave a comment.