“I’m so glad I live in a world where there are Octobers.”
― L.M. Montgomery 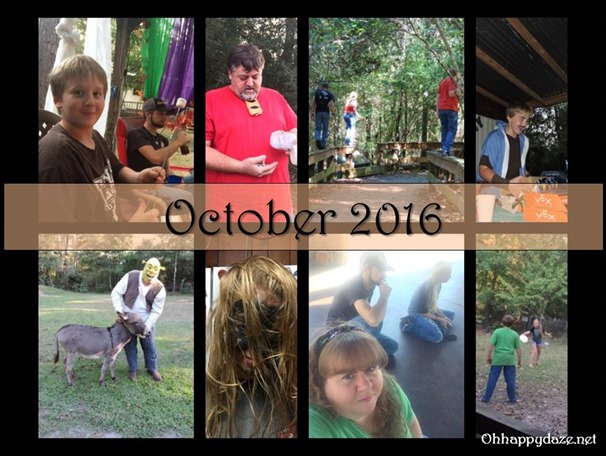 I decided I needed to go gather pinecones for some crafts I wanted to try. Hubby took me to what we call the “boy scout lake.” We gathered pinecones then just enjoyed the picturesque scenery of the area. The leaves were starting to turn their fall shades and the Beautyberry bushes were full of their purple berries. There is hope that autumn is not far away.
FYI…This is now a complete month later that I type this… I still have not crafted anything with the pinecones… LOL 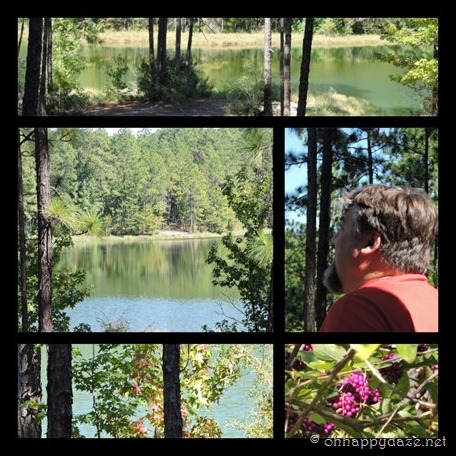 The much welcomed cool October weather called for a day of hiking with the family! It was Austin’s “pre-birthday” special outing.
We ventured over to the “Kirby Trail” and enjoyed a nice picnic at their picnic tables staged conveniently at the trail head. We then took advantage of the gorgeous live oak tree that sits majestically in the yard of the little “Staley log cabin” capturing a few pictures as the kids climbed up its ample branches. Finally, we headed down the trail, taking pictures while the kids goofed around like siblings do, basking in the peace and serenity that can only found in nature. 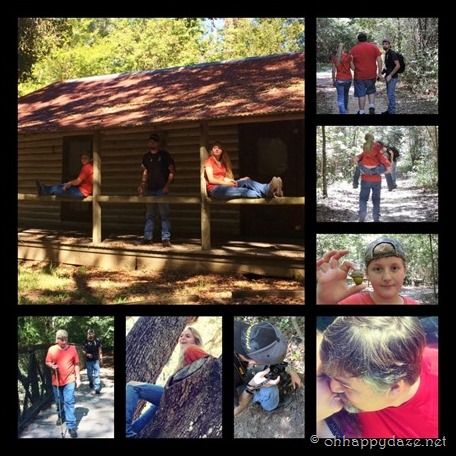 We celebrated Austin turning 21 this month. Our family rule is, after age 20 there are no more big parties thrown by the parents but we do give a small gift and either cook or take them out for their favorite meal including dessert. The siblings also give small gifts in honor of the special day.
We bought him a movie series he had been wanting, while Anna and Adam embraced the “21-year-old theme.” Adam bought him a “handgun”… of course, it was a Nerf zombie handgun but in Texas, at age 21 you can own a handgun so it had to be purchased! And although he does not drink, his sister insisted on getting him a mug and shot glass and a six pack (of Dr. Pepper) a way of proclaiming his now legal drinking age. He didn’t mind, he used his cup to enjoy his Dr. Pepper! His Aunt also cooked a special meal for him the following weekend and his Grammy made him some cookies! He was pleased with all his gifts! 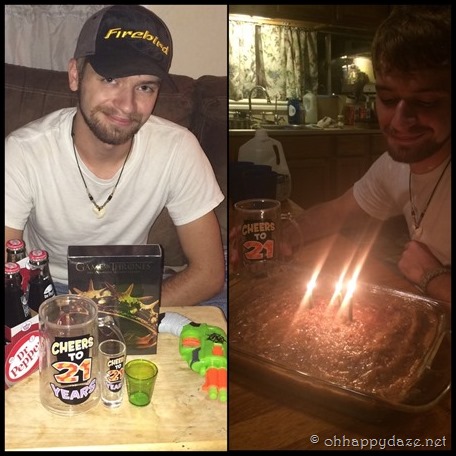 Fall is my favorite time of year, the weather finally gets comfortable enough to do things outdoors and thus it lures the children out of the house in the evenings! They spent time playing catch in the yard. These are the things that make a mom’s heart smile, watching her children being companionable and enjoy simple pleasures in life.

Sukkot 2016 began on the evening of Sunday, October 16 and ended on the evening of Sunday, October 23. We didn’t get to camp like I would have liked, nor did we have a big “shindig” like I used to have but we did get to spend some evenings around our fire pit making S’mores and enjoying the family and farm yard fellowship! If it wasn’t our dogs coming over to be scratched it was the donkey wanting to see what we were up too and even the silly cat made itself at home in the “dog territory” front yard!

The kids usually spend the weekends at their cousin’s house and that gives hubby and I some much-needed bonding time. We enjoyed a geocaching adventure this time! We found close to a dozen caches, most of them at cemeteries. It is always neat to look around old cemeteries and see the old grave markers and often historical buildings (even if it is just an outhouse.) That is one of the great things about geocaching we get to visit new and interesting locations!

Our youngest son, Adam, turned 14 this year! We threw a costume party for him and all the family got to come except his grandpa who was feeling a bit under the weather. Almost everyone dressed up!

Adam was “The Wizard” from Clash of Clans game.

Austin was “The Renegade”

Josh was Rocking his “Dad’ Costume 😉

Hubby & I was Shrek & Fiona (And Rowdy was Donkey)

Jonathan was A Welding Technician

Brenda was a Minion

David was a Baseball Player

Trisha was in her rebellious “I don’t do Costumes T-Shirt!

We had grilled burgers and cookie cake, he opened his gifts which he loved them all and then we had a hay ride (without hay) and a bonfire to sum it all up! It was so nice that all the cousins were together, a first time in a long time! It was a great day!

The church teamed up with another church and had a fall festival and a hay ride that the kids attended. The younger kids got to play games and win candy then ride a hay ride. The older kids got the pleasure to hide and wait for the hayride to come by a cemetery and scare the folks on the trailer! This was the highlight of the whole night for my daughter! The scare involved stuffing overalls with hay and lugging it around like a dead body! They then spent the rest of the evening playing volleyball and snacking on candy and junk food!

Adam had a long eventful weekend of late nights and plenty of fun things to do, so when his actual birthday morning arrived he was barely awake to receive the MP3 player his siblings bought him but he was very happy to get it because it was the one thing he hadn’t got that he still wanted! After his “sibling gift” (that we always wait to give on the actual day of their birth) I made sausage cheese balls for breakfast, one of his favs! He spent the rest of the morning playing with his gifts then went to church that afternoon! 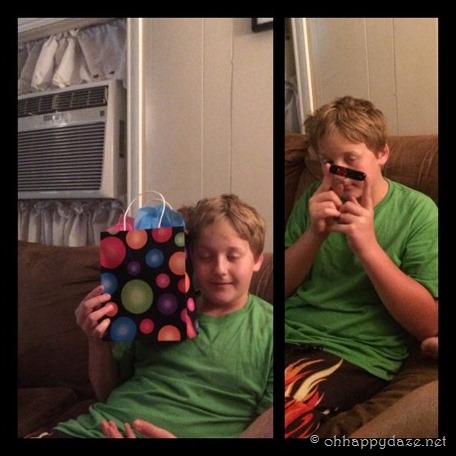 We always try to have a special outing for the kids on their birthday or at least somewhere around their birthday. Since Adam loves racing his remote control cars, we took them down to the pavilion by the lake where there is plenty of room to race and played tag with the cars. We had a great time laughing and playing RC car chase! They even chased Anna around with the cars for a while! 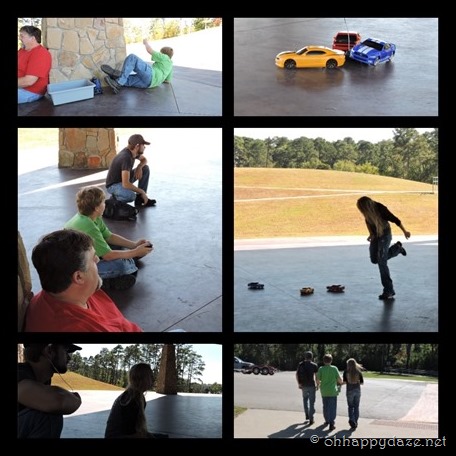 When we got home that afternoon, he set up his “Magic Tracks” and he and Anna enjoyed racing them for a while, wrestling and moving the tracks trying to make the other one lose the race! He even used his Legos to build overpasses and finish line markers.

That evening the three kiddos played double Frisbee. This is using two Frisbees and trying to keep them both going which is really fast paced and fun to watch!

This was a really good month full of celebration, laughter, and family! I have learned to embrace to good days whole heartedly.

Affiliate Links: Thank you for supporting my blog by purchasing through these links.

Find pretty much anything you need at Amazon.com

Posted on November 5, 2016, in My Journal and tagged October. Bookmark the permalink. Leave a comment.