← Gourds of the Spirit
Astronomy →

This has been such a hot summer that with the 107* weather we have been cooped up inside under the air for too long. It was time to “GET OUT!” It is almost the end of summer and the weather cooled a bit so I was anxious to get on a hiking trail. The easiest one to go on was the little one at Boykin Springs. We have been here several times but it never seems to get old. Always something new to see. The wonderful thing about nature is it changes constantly.

The rocked spillway is mostly dry from the drought, we walk across the stone bridge without fear of getting wet . 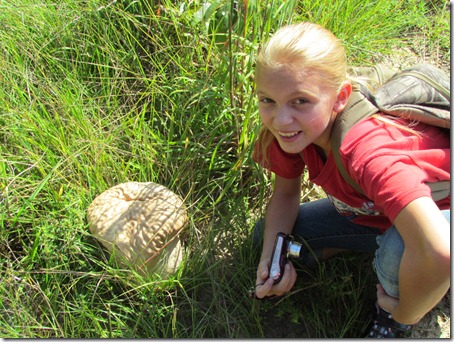 Right across the bridge we spot a giant mushroom. I told Anna that thing is as big as your head! I assume this is a Giant Puffball Mushroom!

There was a smaller one nearby. Not near as big as the other but still it was half the size of Adam’s foot! 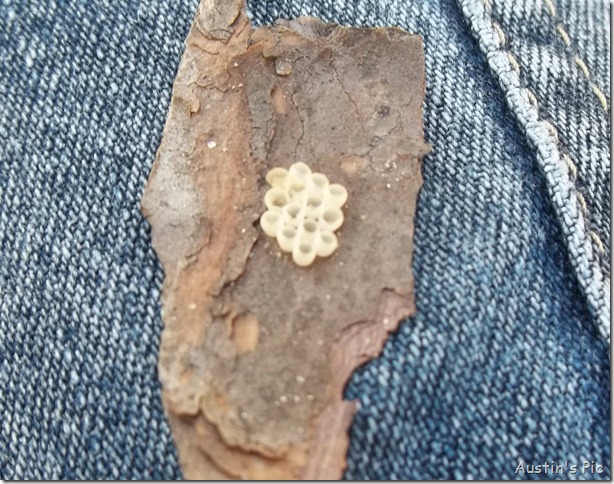 Austin has an eye for small things. He found this piece of bark with what appears to be stink bug eggs on it.

As we walked along the road at the top side of the lake we notice a little trail. 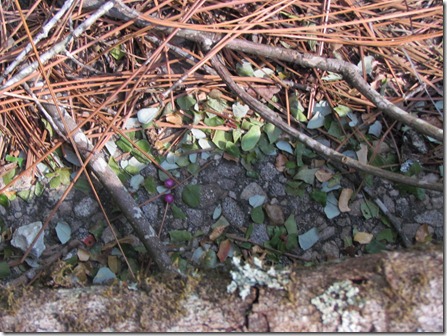 The trail led to a tree that had been stripped by Leaf Cutter Ants. Sadly the little guys were not at work because that would have been a treat for the kids to see. 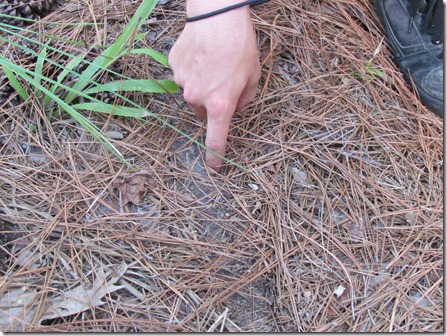 But we did follow them to their home and noticed how deep of a impression they had made in the ground leading to their ant hill. That had to have been a lot of little feet trampling non stop to made a groove a half inch deep.

A orange mushroom is spotted and all the kids gather around to take a picture. Austin waits impatiently to have a chance to snap a shot without heads in the way.

I teach them to take a picture from the side as well as the top for better identification. Anna did a great job taking this pic but still with a great picture of it, we were unable to identify it but it is a really cool mushroom. That just goes to show you that although we love to look at mushrooms we would never be brave enough to try to pick and eat any, no matter how hungry we would get.

Anna discovered one easier to identify, an American Caesars’s Mushroom. I love the orange and red mushrooms best.

This is possibly a Yellow Patch Mushroom. It looks like it has had a bite taken out of it. Mushrooms are a favorite food of turtles so maybe this was a little turtle snack, which leads to another thing to study!

We cross the spring being careful not to slip on the slimy algae covered road and head toward their favorite place, the rope swing. 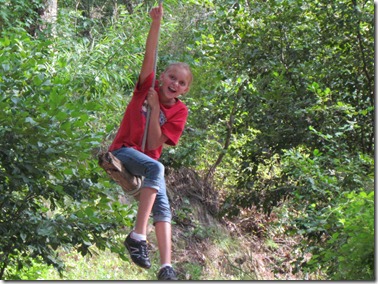 Always a good time on the swing!

I sat on a nearby log and watched the kids play, enjoying the peacefulness of the evening. 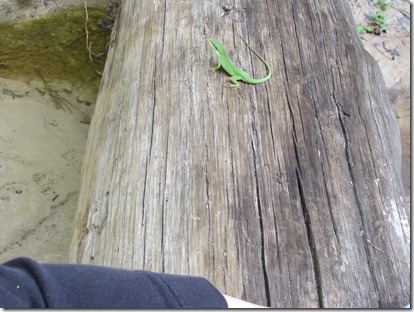 As I sat there this little feller came to check me out. I was surprised that the Green Anole got as close to me as he did with me moving and snapping a few shots. 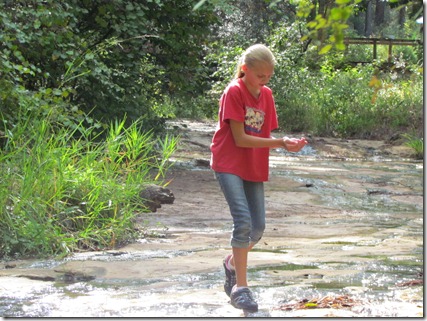 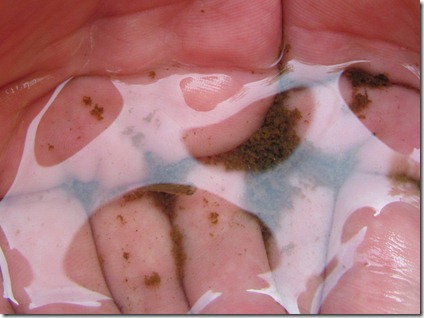 Anna decided to play in the water a bit, carefully catching a minnow and bringing it to me to show me. Small catfish were swimming in the pools of water as well, but they were not close enough to catch. 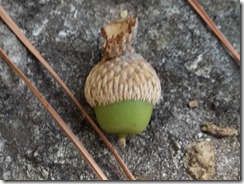 We saw several types of seeds along the way… 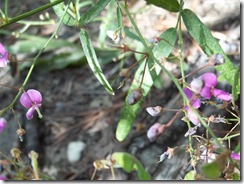 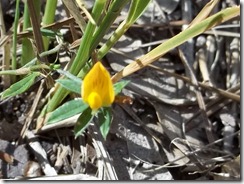 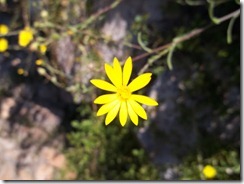 and several flowers as well… 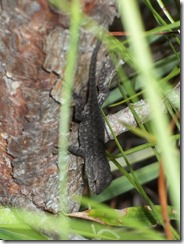 and a handful of baby Fence Lizards. One even caught a short ride on Anna’s shoe before Austin spotted it and shooed it along.

As we left the park we saw this beautiful Yellow Garden Spider with it’s neat web. You can tell a male has been around by the zig-zag pattern left on her web. I wonder if he became her love or her lunch, the zig-zag didn’t make it very far on her web! There does seem to be the egg sac in the middle so maybe he loved and left to go forth, be fruitful, and multiply. 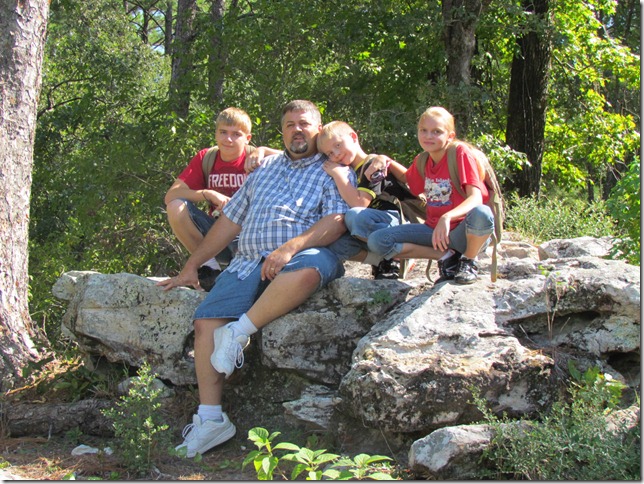 I sure love these people… with all my heart!

My favorite thing ever is spending time with my family out in Yahweh’s awesome creation, exploring and studying the things HE put here for our pleasure.

What an awesome day, full of discovery!

Posted on November 4, 2011, in Hiking, Homeschool. Bookmark the permalink. Leave a comment.

← Gourds of the Spirit
Astronomy →