I learned that with having all my children in the fall within two weeks of each other it is just easier to have the family birthday party all together. We don’t go “all out” like we used to on their party, just a simple cake and gifts with family. We do take them and do something special for them on their actual birthday but for the family to come over we one have one simple party. We usually just serve hotdogs and nachos so that it is quick and easy and a homemade cake. My cakes may not be as pretty as the store bought ones, but I promise they taste better! 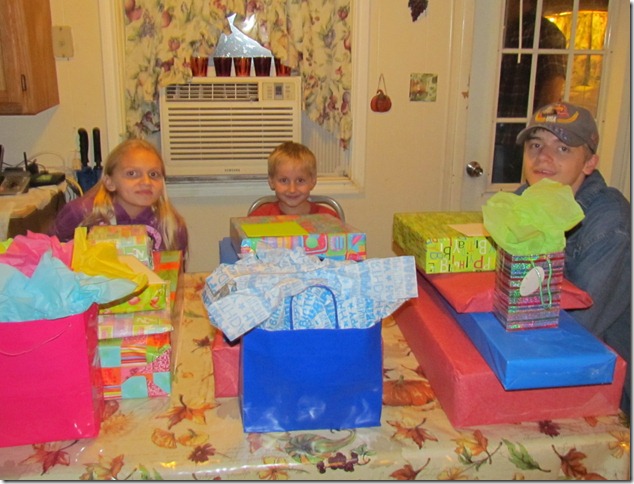 Adam has been so excited all week about the party!

END_OF_DOCUMENT_TOKEN_TO_BE_REPLACED

Along with informative links, some posts contain affiliate links, thank you for supporting this blog and our family by purchasing through my links!

We are studying the bones in our Health/Science book “The Young Explorers Series Exploring Creation with the Human Body and Physiology”.

I shouted the question, ” What is the difference between the first seven ribs and the last five ribs, RODENTS!” 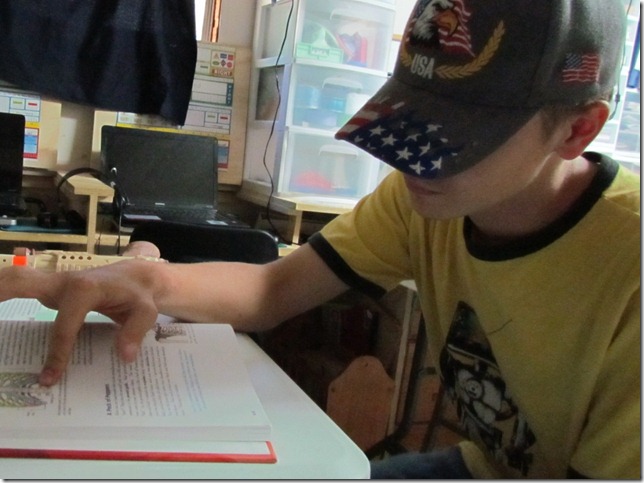 (I was calling them maggots but “Corporal”Austin reminded me that the maggot is an invertebrate so the lesson would not apply, so I changed it to rodents)…

END_OF_DOCUMENT_TOKEN_TO_BE_REPLACED

Turning 16 is a pretty big deal. I wanted to do something for Austin to honor this “rite of passage.” We had all heard of a Bar Mitzvah from TV and so I looked into it a bit more. The word “Bar” means “son of” and “Mitzvah” means “commandments”. Now I am not big on following rituals and traditions from any culture but I kind of just took the idea and went my own way with it. In a nut shell, for Jews this is the celebration of a Jewish boy becoming a man and therefore responsible to keep God’s law and he is no longer under the covering of his parents spiritually. This usually happens around 12-13 years old. I would not have thought of my child as a man at 12-13 but at 16, I do. Austin is a very wise and responsible young man. I am extremely proud of who he has become and I do consider him mature enough to start making decisions for himself. What better way to tell him that… throw him a party!

I wanted him to be clueless to the fact that the party had anything to do with him. Just so happens this year Feast of Tabernacles fell on his birthday week.  I just had him thinking everyone was coming over to join in the feast day with us. His birthday is the 12th but Saturday worked out better for everyone to be able to make it. 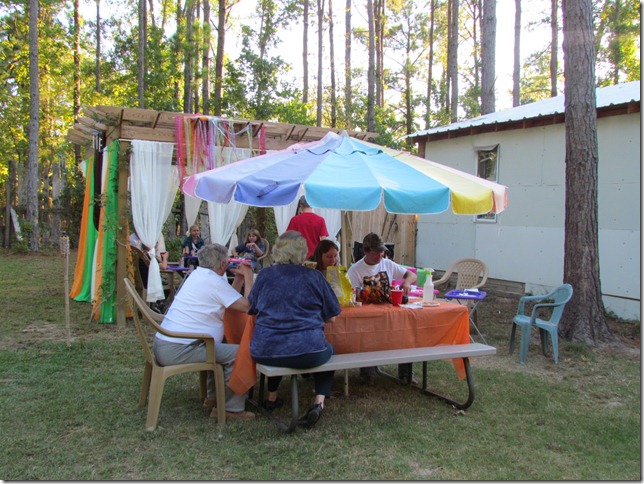 We barbequed and all ate our fill outside by our “Sukkot”, then while I had Austin taking in some of the leftovers, I snuck his gifts out.