November 12, 2011
Stewart was off work for a federal holiday we decided to go hiking and sight seeing over in Louisiana for something different. I looked up “Fort Jesup” and thought… Veteran’s Day…Fort… cool! We planned to stop by North Toledo Bend State Park on the way. As we were driving, we stumbled upon a Veterans Memorial Park which seemed out in the middle of no where, of course we stopped.

Stewart and I read the names on the monument while the kids checked out the tank and chopper.

And of course “checking out” soon turns into “playing on.” 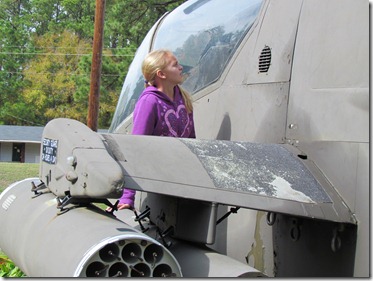 The chopper was cool, but they loved the tank!

A shout out to all the Veteran’s from my lil’ ones! Thank you for serving our country! 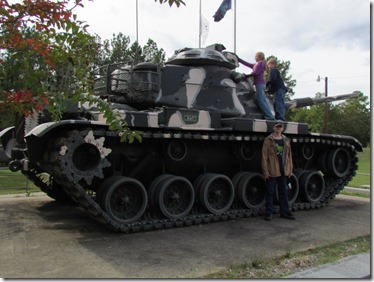 Adam was totally excited about a tank. He talked non-stop about how he wishes he had one and how he could blow up tree and stuff. The minds of little boys…

After the Memorial Park we head on out to the State Park. 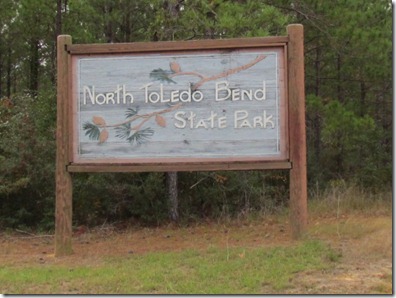 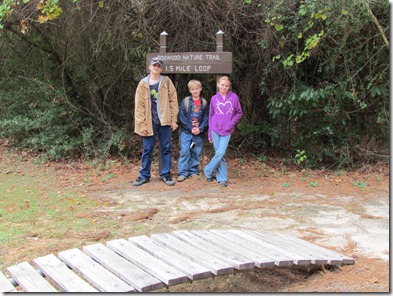 Fall leaves were turning and even though the drought had made the lake levels low and everything dry and dusty we still wanted to be out in the great outdoors now that it had cooled off from the 107* weather of our hot Texas summer! 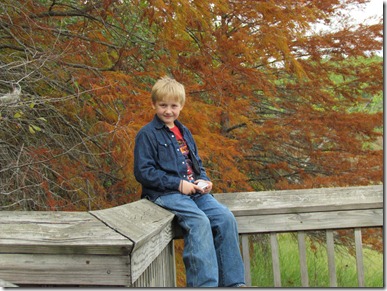 A wonderful mixture of color, our God does such great work! Adam sitting looking out over the lake, in front of a cedar that is dying which created a beautiful auburn backdrop.

There was not as much to see or do at North Toledo State Park, so we decided to head on out to Fort Jesup. 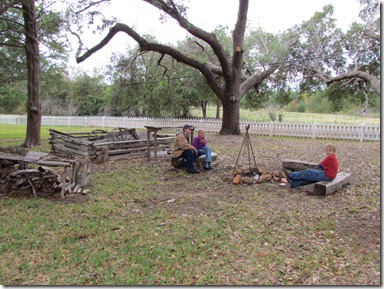 We pull up and the front area has a “camp” set up, so naturally the kids have to go and sit around the fire.

They reconstructed the “Officer Quarters” and it is the Museum. 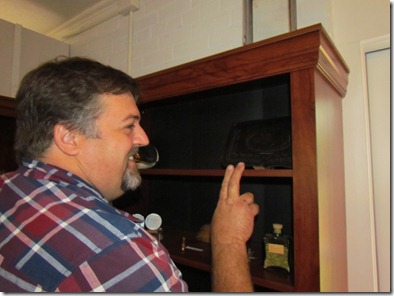 Stewart found the mail bag, of course…and noticed the money. Back in the day, they actually cut the coins to “make change.” 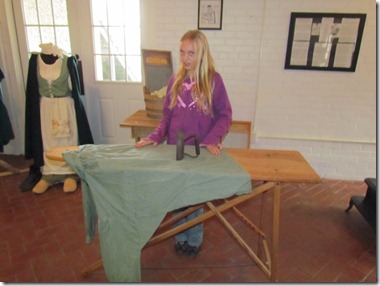 Anna is not all that impressed with the “woman’s work” of that era, but did think the quilt square was pretty. 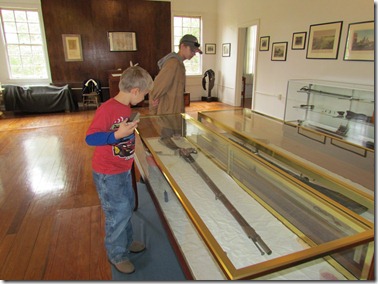 Adam was checking out the entertainment from that time period and  and of course the long rifle!

Austin pointed out the beetle used in red dyes, and was intrigued by the cannon balls in their many sizes.

The lady at the museum told us that they had a re-enactment going on at the kitchen but the sad thing was that we were the first people to show up at all today and the re-enactment was just ending.

The lady offered us a piece of bread made “how they would have back in “the day’,” which was basically baked salted flour, it was extremely hard. She said they use to dip it in their coffee for two reasons…one to soften it, and two to drive to meal worms out so they could get them out of the bread and eat. Apparently they didn’t have any way to seal the food and bugs got into it quite often. I am glad we caught her before she left, it was very interesting.

We were done wandering around the museum so we decided to head toward the kitchen that was the only remaining building from the original fort. 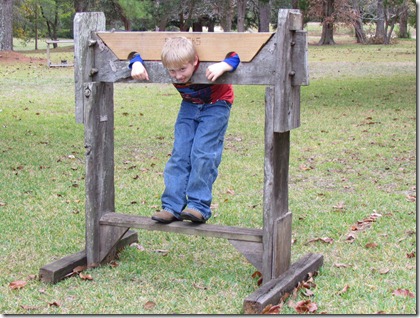 My two silliest “boys” had to play in the stocks… I threaten to leave Stewart there!

The kitchen and the fire place, still warm from the bread being cooked during the re-enactment.

Austin read the descriptions of all the different things and Anna pretended to wash clothes, “Ol’ days style.” 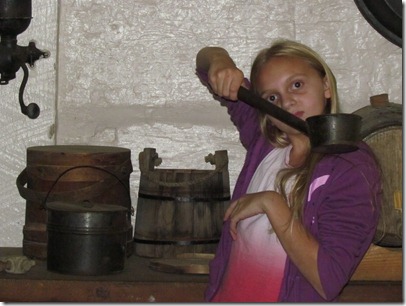 Adam liked to pull the spigot on the keg out and shove it back in and Anna offered us a drink from the dipper.

We had a great time, but a bit sad that more people didn’t visit the museum during their re-enactment, because they really had a nice little set up. I guess this day and age, few people care about history, only the latest fad and fashion or gaming system. I suppose I could say that maybe that is why there is little respect or pride for our country and what it was built on.

I am trying my best to raise my kids differently: that it is ok to appreciate the modern conveniences but never forget what this country was founded on, or who were the ones that paved the way! The men and woman who had a deep desire for something better worked hard, with very little, to create this great country where our kids can have all the opportunity’s it has to offer.

Posted on November 12, 2011, in Hiking, Homeschool. Bookmark the permalink. Leave a comment.