As with any tradition, it begins as an action repeated until it becomes expected. And so it seems picnics have become a tradition anytime we go caching. 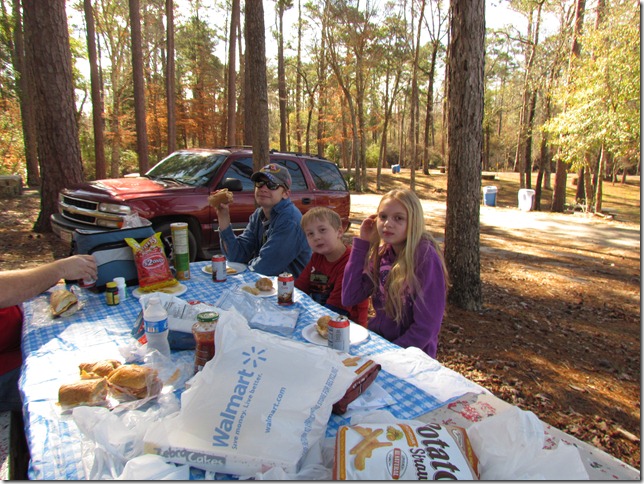 We had a cache to find in this road side park but I didn’t even look at where it was suppose to be until we had all eaten. If they had been distracted they would have never finished their lunch! By Yahweh’s grace we had parked at the table that was closest to the cache! 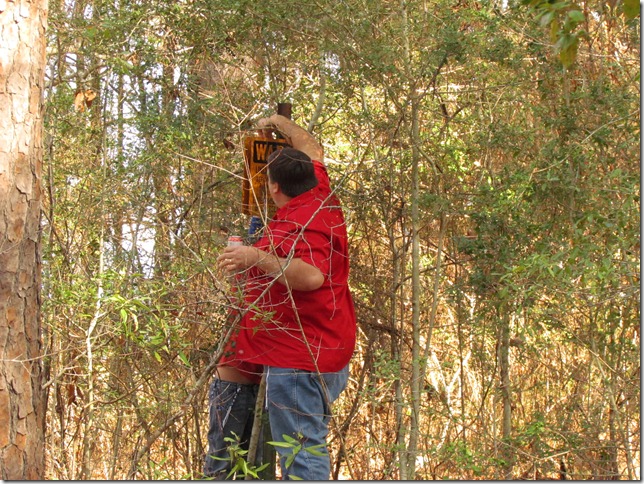 Adam being the youngest we let him make this find and though he spotted it, his height disadvantage required his dad to come help. 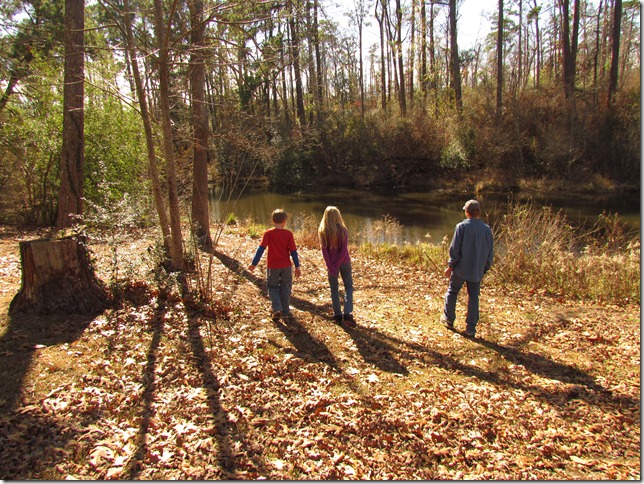 There was another cache in this park area so after looking at the creek beside the park the kids moved in on the cache and claimed a smiley for The Husband Clan! 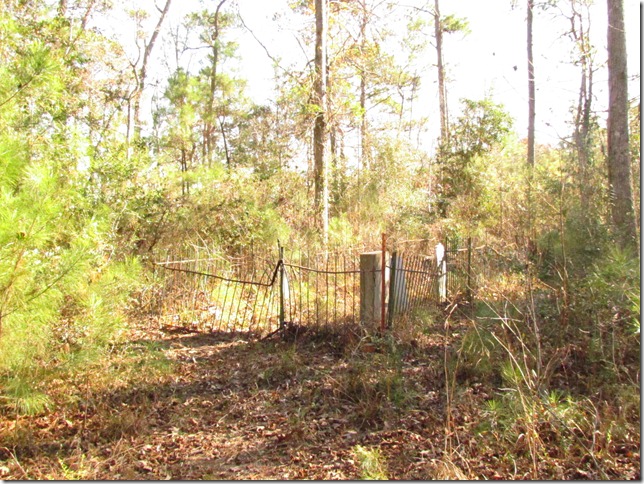 We headed on out on the road to McGee Hill Cemetery (My maiden name being McGee this one was of particular interest to me) This cemetery is along the Sam Rayburn Reservoir formally known a McGee Bend Reservoir.

When we got to the little 6-7 plot cemetery it was sad to see that no one had been there in some time to care for the souls buried here.There was trash dumped at the entrance of the cemetery road and the place was grown over with tall grass and weeds. 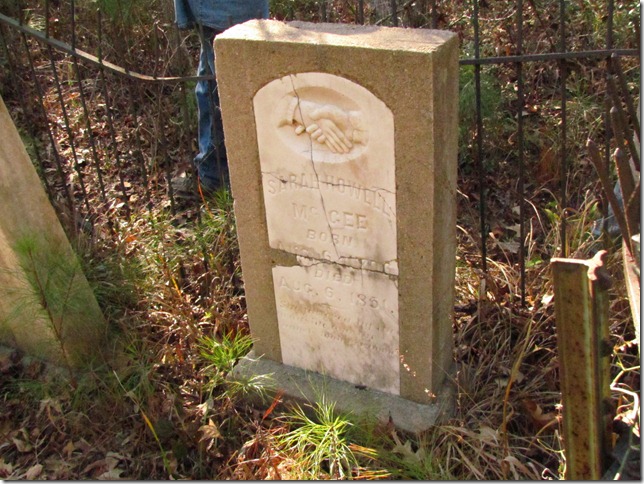 Sarah McGee was born 1796 and passed away in 1851. Her tombstone was the only one that looked to have been repaired. I wonder if they we of any kin to me but from what I know of my family tree, they probably were not. 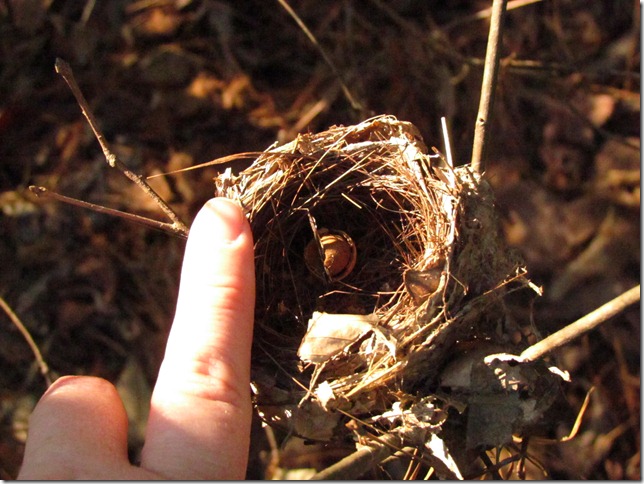 While snooping around looking for the geocache that had been place in the area I came across this tiny bird nest. It was almost small enough to be a humming bird nest but I dont think it was. Austin found the cache after we were all ready to give up so we headed on down to the dam for the next one. 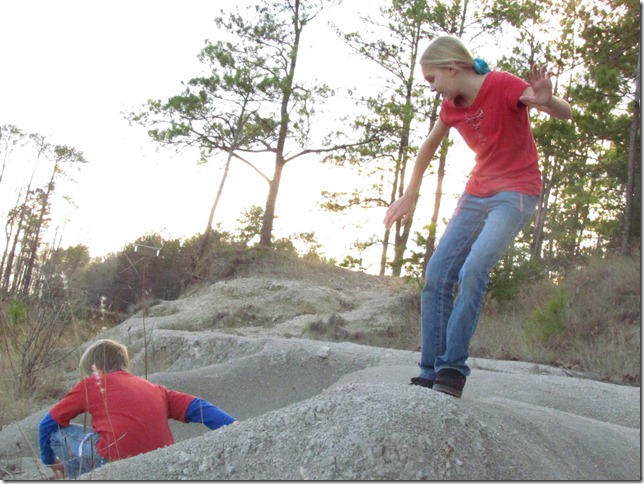 The littles love to play on the gravel dunes. Anna is dancing and Adam sliding. 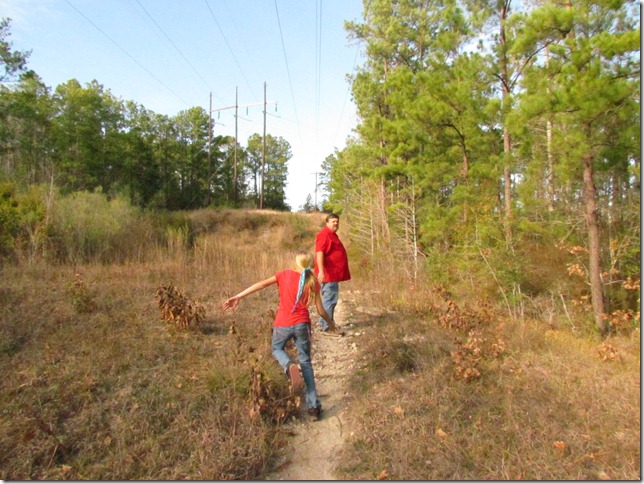 She makes the find and skip-runs back to the car, not a care in the world. 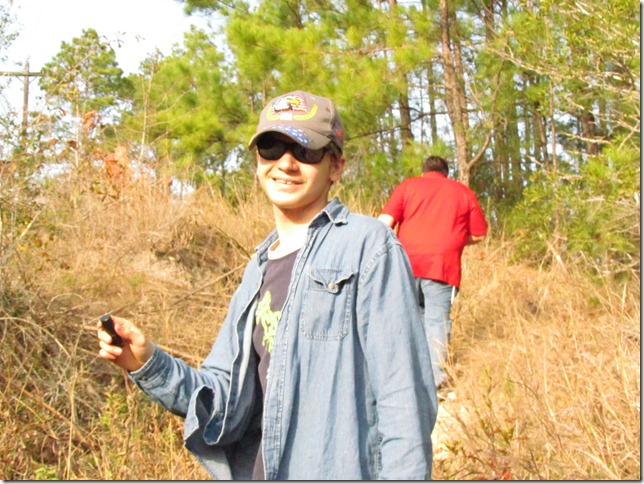 Austin traded some swag for a electronic mosquito repellant. He was showing me it made a high pitch humming sound.

There is this one cache out in the lake that is rated 5/5 on terrain. It was only able to be accessed by boat because it was on a tiny island out from a park off of CR 255. I knew the drought had left the lake at an extreme low. After looking on the map I talked hubby into driving out to see if the lake was low enough to walk to this island. 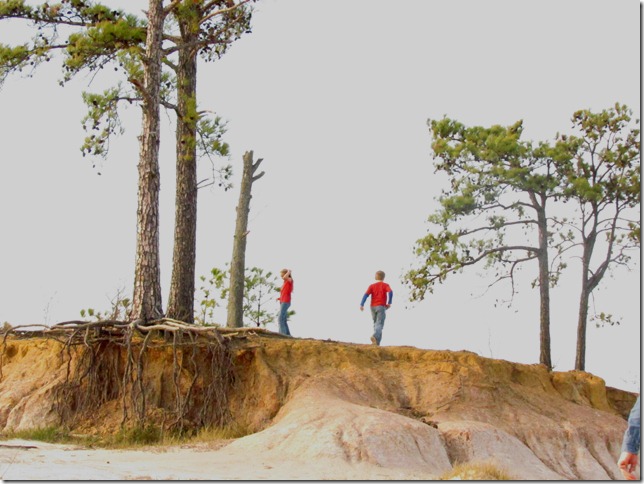 Sure enough it was!! I was so excited! Not having a boat makes it hard to be able to get lake caches but today the drought was a mini blessing for those of us who have to practically walk on water to be able to get to islands that have caches on them! 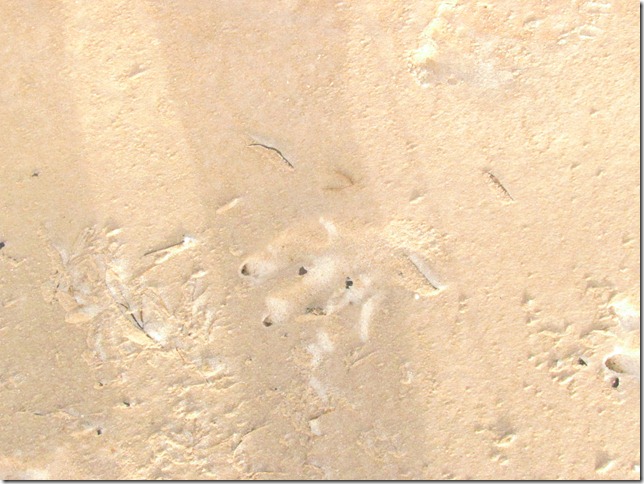 As we walked across the sun baked lake bed we saw all kinds of animal prints including alligator! 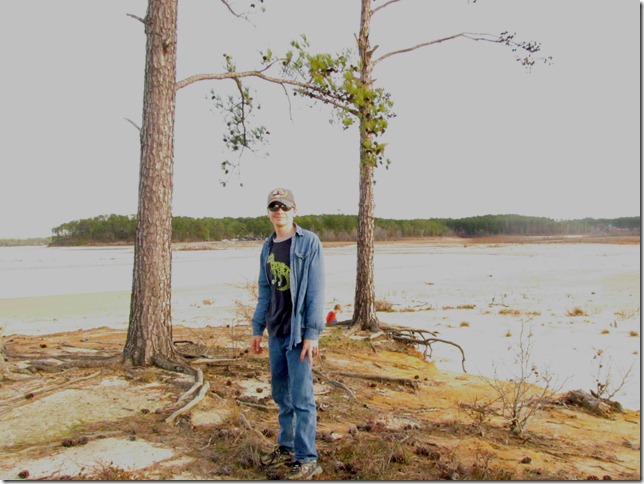 It was a nice jaunt out to the island but we made it and after looking for a bit Austin made the grab! I suppose it was “kind of” cheating but hey …a cacher has got to do what a cacher has to do!

Feeling quite proud of myself for thinking up that plan, we headed back home. I even suggested to other cachers on Facebook to take advantage of the drought while they could!
A great day of caching!!

Posted on January 15, 2012, in Geocaching, Hiking. Bookmark the permalink. Leave a comment.