Anna’s friend Matt has been asking about going hiking with us for some time now so even though it was HOT in the middle of June in East Texas, we decided to get up early and go hike the Island Trail at Martin Dies Jr. State Park and to add a bit of excitement to it, we wanted to geocache as well.

The sun was up and brightly shining in the eyes of my little hiker cachers this morning! They were excited none the less!

A picturesque day for a walk in the woods! 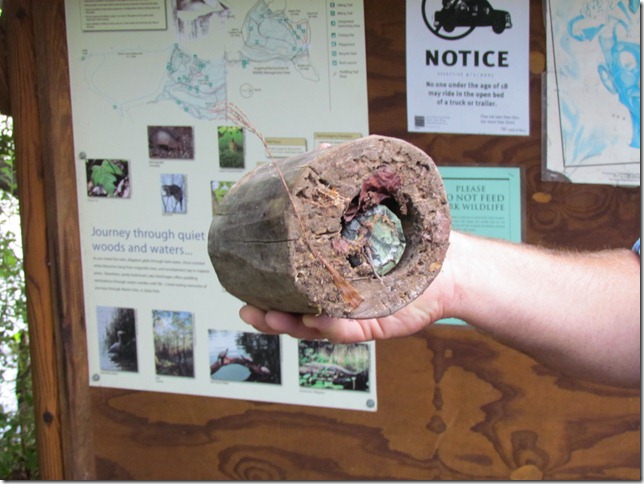 I found the first cache! It was uniquely hidden in a bore out log and placed to resemble a stump! I always like caches that are creatively made.

Next was Austin’s turn, just setting at a base of a tree but well hidden, in plain site!

Austin spotted a gator swimming out in the lake so we stopped and watched him for a while.

My boys pulled out their binoculars to get a good look at him. This picture warms my heart, it is just something about seeing my boys so different yet so much alike.

Anna and Matt crouched down and was watching another gator from the edge of the water.

This one was harder to see with only his head showing.

We decided to move on before it go to hot and Anna and Matt had to stop for a “photo op” by a tree. 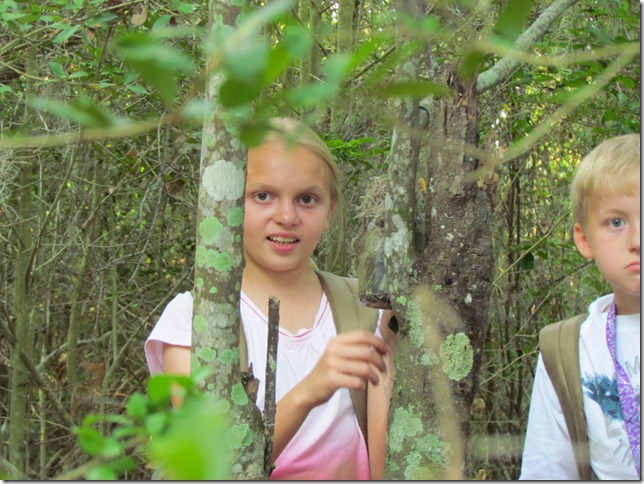 I was going to crop Adam out of Anna’s “find” picture but the look on his face is just too funny, needless to say he was not happy sister found one and he didn’t!

After seeing how it was done, Matt finally got in on the action, this is his very first find ever, a special moment for us geocachers!

Matt had to climb the fallen tree, the same one that all my kids have been up on a past trips. Something about the tree draws the children to it to climb.

Anna had a hard time getting traction, of course Matt picked at her about it.

And there is always nature to investigate.

Austin spotted some Chocolate Tube Slime on a dead log. Then we came across a turtle nest that had been raided and Matt said this stump looked like a bunny rabbit, so of course I had to take a picture of it! 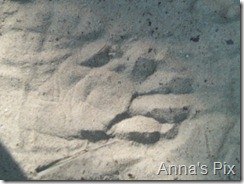 The Water Lilies were out in full force and Anna got a cute picture of a frog about to enter a hollowed out place under a fallen tree, and several tracks of a raccoon were seen in the sand. 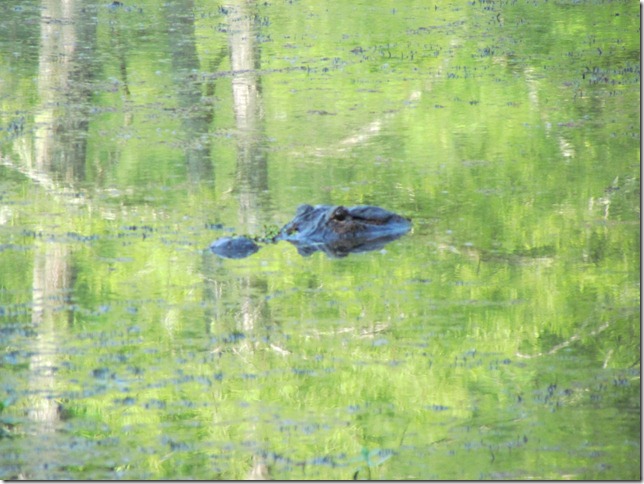 As we drove out of the park and crossed the little bridge we spotted a very large gator resting in the water just off from the bridge so we jumped out of the car to see if we could get a good picture. He apparently didn’t want visitors that day because he ducked under the water pretty quick.

I love going to this state park because not only is it close by but it is very well maintained and there is always something interesting to see.

Just remember when you visit, to read the signs… it is their home, we are just visiting! 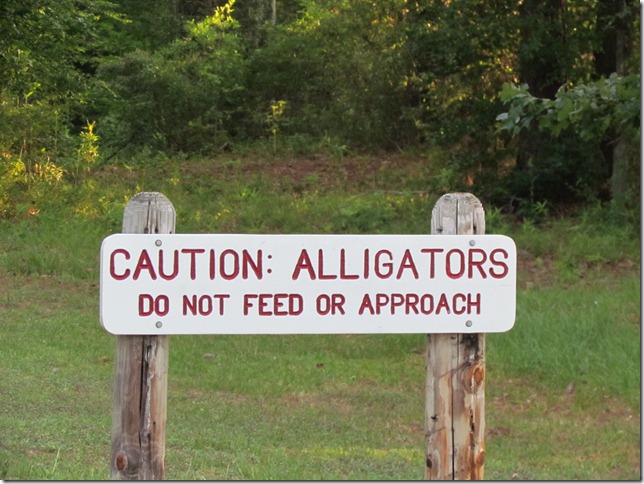