Wanting to have a change in scenery we headed to Louisiana. 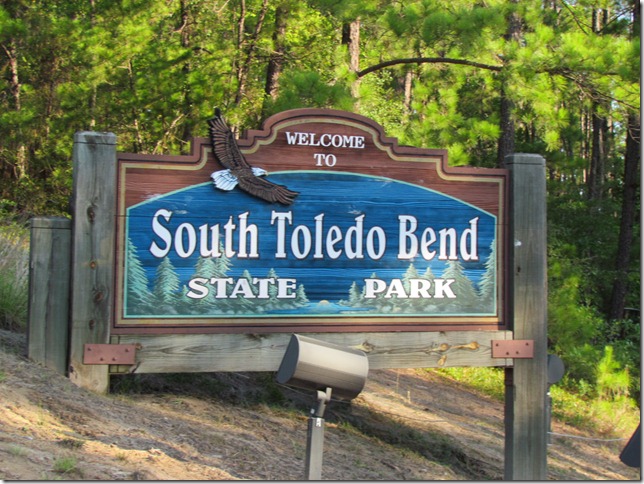 The state park is probably about an hour drive from our house but the idea to go to a different state seemed to excite the kids.

The Nature Center had a nice deck with a pretty view of Toledo Bend.

Drought has struck this lake too. I bet the view was really nice before the lake levels got so low. 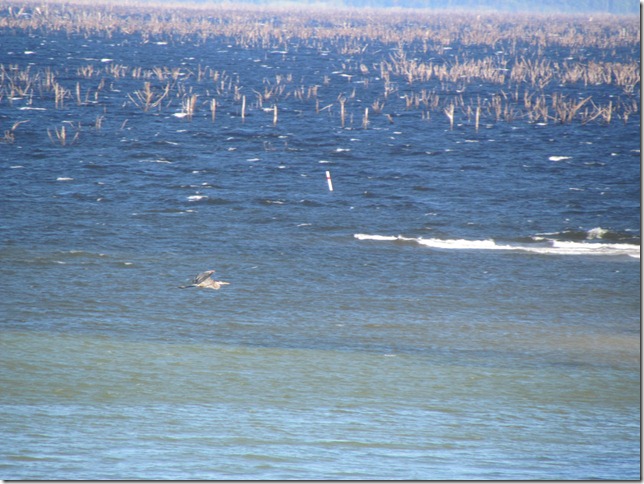 A Great Blue Heron glides across the lake that more closely resembles a forest.

They had really nice nature center exhibits in the Nature Center and with no staff around I could allow the kids free run of the place.

There were plenty of interactive things for the kids to play with.

After letting the kids play around in the nature center for a bit, it was time to hit the trail. 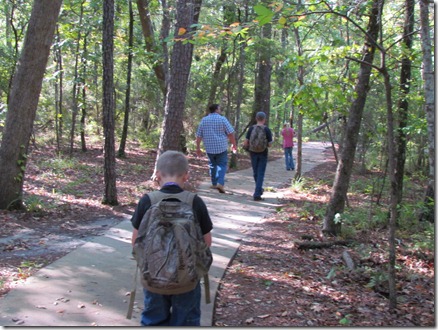 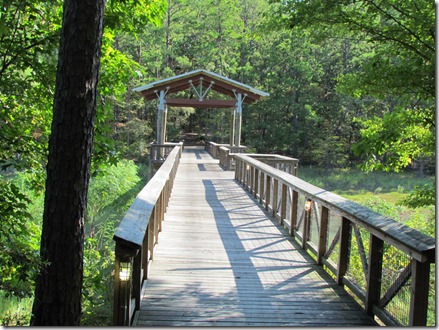 I really liked the cover bridge/pier it was so peaceful to just stand on it and look at the water and listen to the stillness.

A beautiful Great Blue Heron posed for me to get a really nice shot. 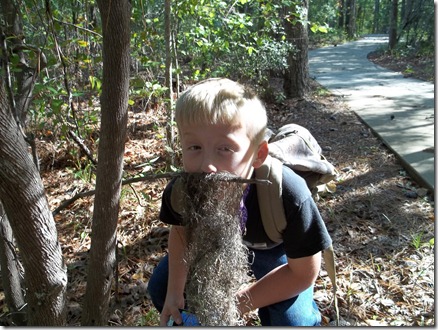 Adam using his wonderful imagination and posed as an old man with a Spanish Moss beard for Anna in her photographer stance. 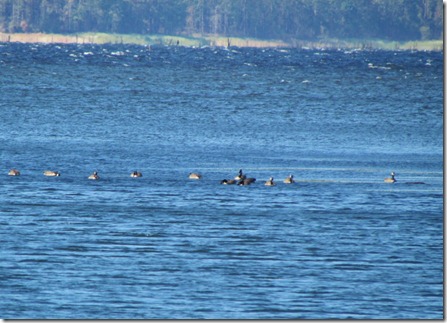 I got a nice (distant) shot of what appear to be Canadian Geese. They must be in Louisiana early for winter! 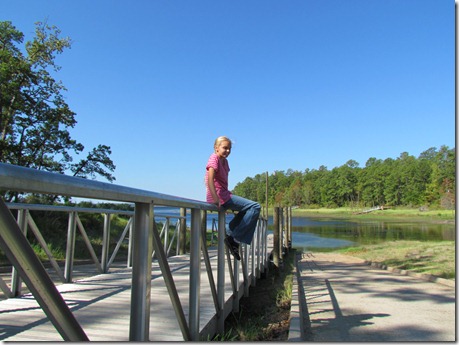 We head down to the boat ramp and look around. I love the fact that now that school is back in session for all the public school kids, we practically have the park to ourselves and I can let the kids wander around and investigate the area without having to worry about them much. The rule is, “If you can see me then I can see you and you can go where you want to.”

Not that you can tell, but these water bugs we really small and just swarming in a little cluster, I am guessing maybe they just recently hatched out.

A Great Egret was peering over the lake from a tree. Austin got a great shot of a Common Sand dragon.

We headed back across the little bridge towards the car to drive around and check out the park a bit more. As we crossed, we spotted a Great Blue Heron again, it was awesome when the wind blew ripples across the water making it shimmer like a million diamonds. I was truly blessed to get that picture.

We arrived at another trailhead that was along the side of the cabins that the park has for rent. The cleaning crew were busy cleaning up and was kind enough to let us have a look at one of their open cabins. 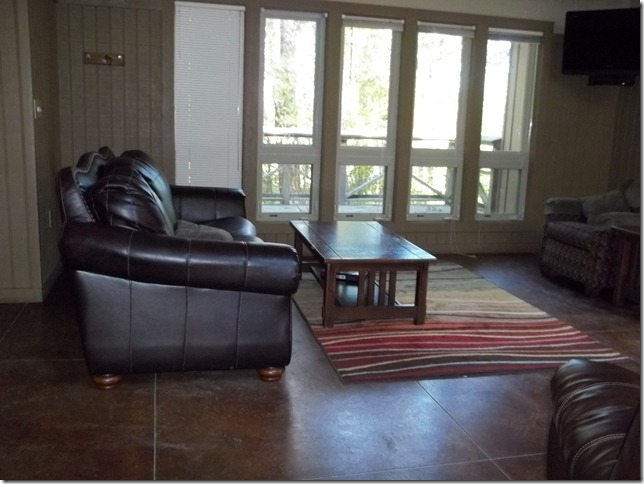 In the future we might have to come back and stay a couple nights, the cabins looked pretty nice!

We were already tired from the first trail but we braved trying this one out. It was a lot steeper than the first and no paved path.

Once we got to the top of the trail we were very thankful to find a bench. We sat at the top of the “look out point” and rested while the kids explored around a bit. It was so nice and peaceful. I wish we could have just stayed there and moved in! 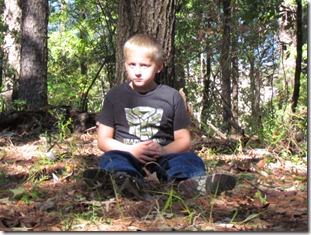 Totally wore out from the second hike, we decided to head home.

Another great day our in God’s country!