A pleasant chilly sunny day. Adam and I decided to make a couple of pine cone bird feeders to use up some peanut butter that we had to throw out. I am thankful he is still interested in doing little simple things like this with me. Anna opted out… she is getting to the age she doesn’t join in as much with things like this. 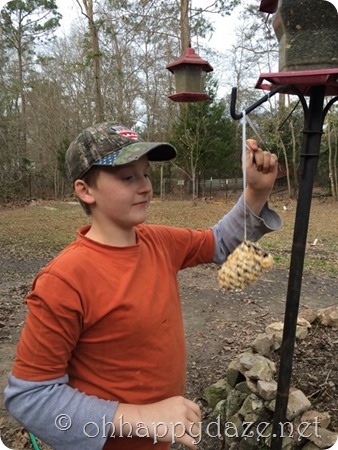 But then just when I think Anna is getting “All grown up” she decides to turn our “hand truck” dolly into her own personal red-neck Segway! At least, she isn’t “too grown up” to play and have an imagination! I guess that is just how she rolls! 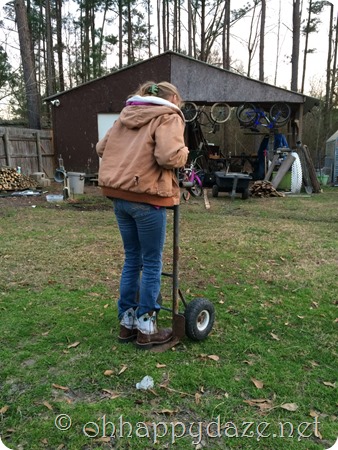 Hubby used the beautiful spring-like day to till and spread mulch in the garden. 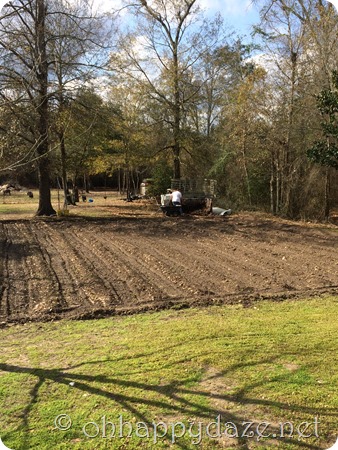 He used his extra big wheelbarrow to empty out his old compost pile and move it to start a new one closer to his greenhouse. 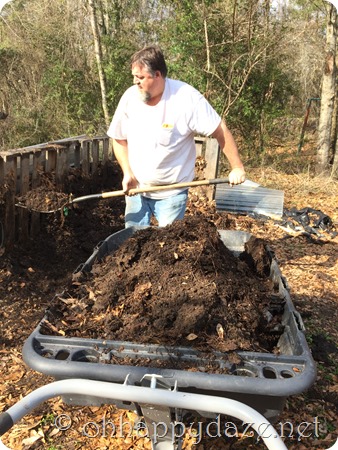 The newly hatched baby turkey chicks were getting out of their cage. So we got busy wiring one of our dog kennels so it is “poult proof” and moved momma hen and chicks into their new home. We have 6 new chicks with this hen making a total of 11 poults! 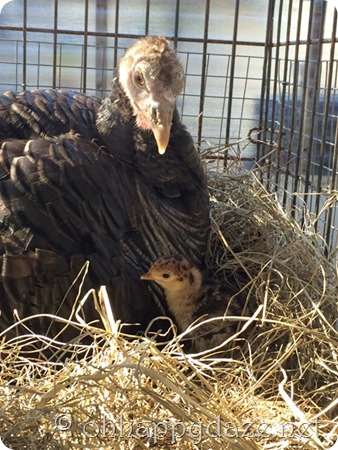 Hubby then decided to grill some burgers and chicken. I called Adam in to ask a question and he declared, “Hey, I got to get back, I’m learning to grill!” I thought, “How sweet, daddy and son time!” 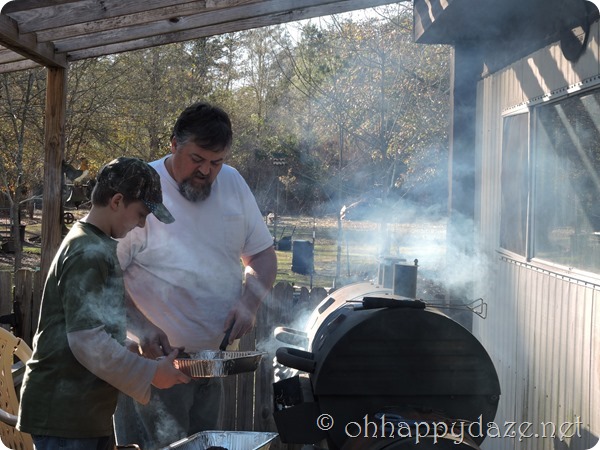 With the burgers done, hubby decided to cook some chicken while the grill was hot. He brought in the grilled chicken… opened the cabinet looking for something, I asked, “Is the grill on fire.” He calmly answered, “Yes.” ( I know him too well)
Then it became a frantic race… He grabbed the flour, I shouted, “No it’s salt!” We attempted to salt the grease pan under the grill to smother the flames… that didn’t work.
Hubby: “I need to get it off the porch before it blows up!” I reminded him to unhook the propane bottle, but then thought, “Wait that is dangerous!” He got the bottle unhooked and away from the grill. Then we had the problem of getting the grill off the porch into the yard so we could douse it with water… “Ok, grab the ramps.. line it up!”, wheel almost went off the edge.. we re-adjusted,  then into the yard! He hosed the grill down, smoke poured out of it, then finally the fire was out.
When it was all said and done, hubby said the fire was intentional so he could get the grill good and clean…
”Yes, that is exactly how I would go about “planning” to clean the grill!”
Anna said, “Mom, one of us should have been watching them.” LOL 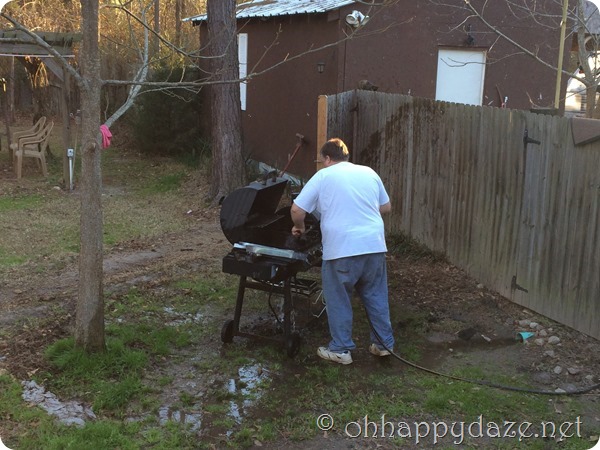 We decided our older hens were barely laying anymore and it is time for a new batch. We also decided it was a good idea to get them while we had a “momma” to tend to them and never mind if the momma was a turkey! 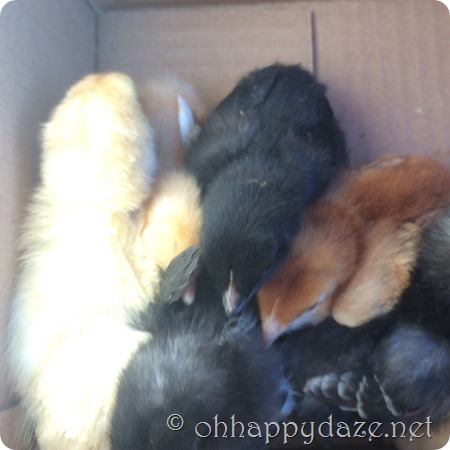 We weren’t sure she would “take” them so I snuck them under her (all eight of them) without her paying me much attention. Poor momma turkey then had 14 babies to tend too, her six turkey poults and eight chicks too!

The chicks snuggled up under her just fine loving a big ol’ warm body to keep the chill off. We watched her for a while and I finally pulled a few of the chicks out to see if she would be fine with them once we left. She pecked at one or two of them but then settled in to accepting them and would preen them a little and so we decided she would be fine to leave. 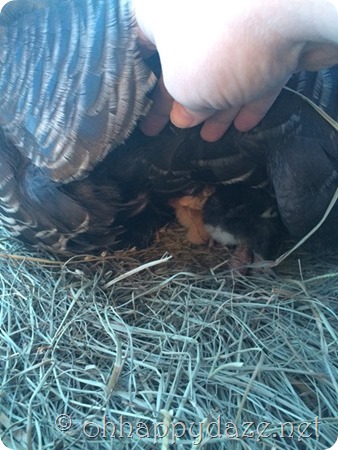 We never really expected to have our turkeys hatch out babies not to mention hatch out two sets and then we silly humans added chicken babies to the mix it was high past time to make a pen but it had to be a secure pen because we have wildlife and barn cats and goofy dogs that all could do a chick some serious damage. Hubby decided to buy cattle panels and wire “bitty wire” to the sides and top to make a heavy duty pen for the chicks. It was certainly heavy duty and just plain heavy! The kiddos and hubby worked on the pen most of the day. 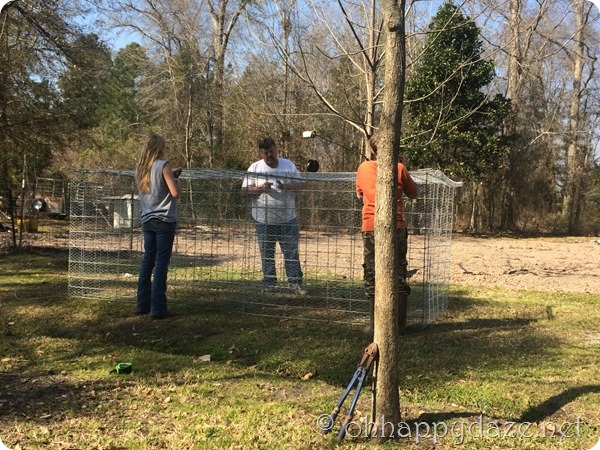 They finally got the pen finished and it was my turn to go to work because generally speaking, I am the animal handler of our little farm. We caught the momma turkeys and settled them in and then all the babies were added. They all seemed very pleased with a bit more room to run and ability to peck at grass. Momma turkey stood vigilantly watching over her brood. 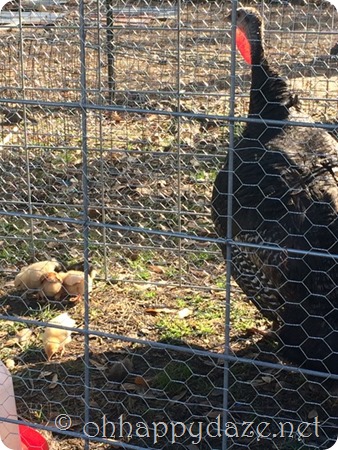 Hubby tilled his garden for the zillionth time. Thankful for a tiller that does most of the work all he has to do it guide it. 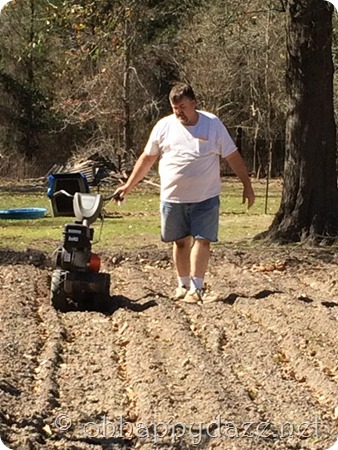 The kids were forced outside. They got spoilt staying indoors through winter it often takes a “nudge to get them out at first. A little while later I found them making the most of it by having a little batting practice. 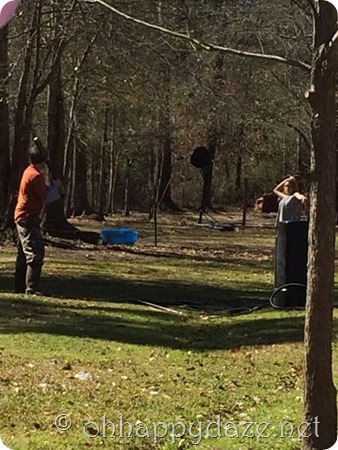 My beautiful wonderful mother had her 70th birthday! And my sister and I threw her a party! We hand made all the decorations in her favorite colors and cooked some of her favorite foods and invited her favorite people… her family. 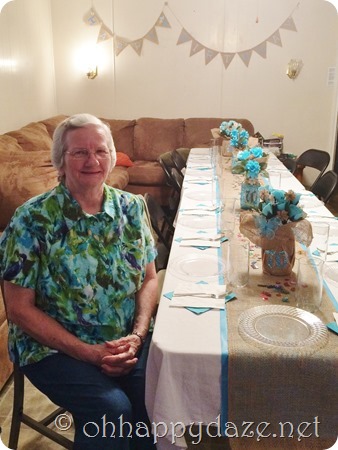 I can never fully express how wonderful this lady right here is! She has endured so much throughout the years. She was going through menopause when I hit my teen years and until I had teens of my own I never fully appreciated what I put her through back in my horrible teen years. To this day, I apologize to her for being a teen and breaking her heart at times but she endured it with all the grace and love in the world (so much better than I do it now.) She is so full of wisdom and calm advice and the love only a seasoned mother and grandmother can have. When I feel like the world is beating the crap out of me I always know my mommy will give me a shoulder to cry on and try her best to understand and give unbiased un-judgmental advice. She is always my biggest fan and supporter. I love my mother so very much!! 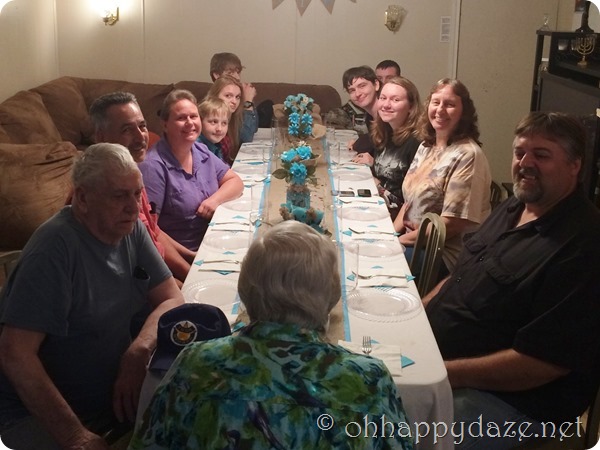 Trying to get a dozen people looking at you and all smiling is like herding cats but mom celebrated her birthday surrounded by all of us!

February 21st, A Day at the Park

It was so pretty out we just had to go to the park and have a picnic! I think a couple of us were either not quite in the “park day” mood yet or was just hungry and didn’t want to pause for a quick selfie but, either way, I got my picture!! 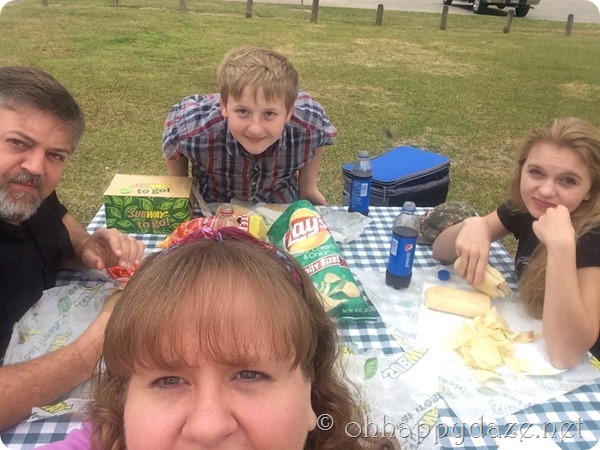 Then off to the playground for a little while so they could get reacquainted with their inner child. It took a little while but they soon got into the “spirit” of it. I think it is wonderful that my teens are willing to still just play no matter how goofy they do it! It makes me happy to see them getting along and smiling on these rare occasions. 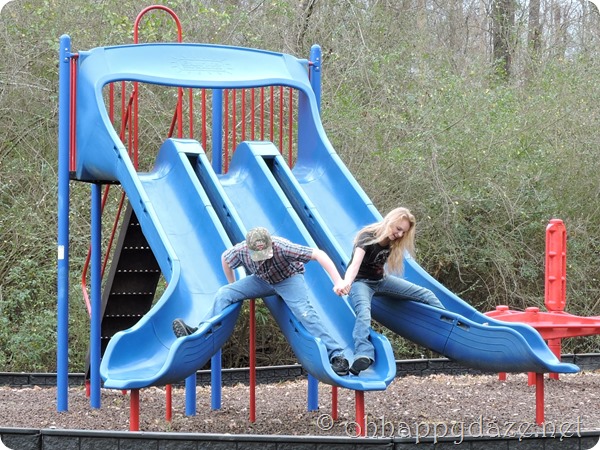 Then over to the duck pond to feed the ducks and geese. Adam tried really hard to get this shy little goose to eat out of his hand but she was bullied quickly by the other geese once they saw Adam had food. 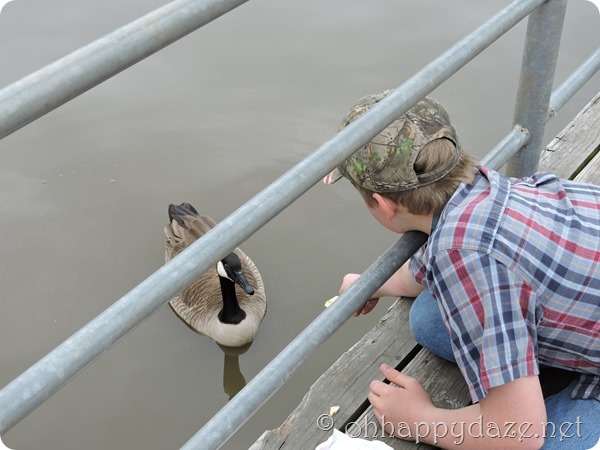 We watched the turtles and ducks and geese feed on our offerings until other people arrived and we left to allow them to enjoy the pond in peace.

Adam is, in general, a clumsy kid at this age but today he was having an especially bad day.

He was outside helping his dad do some work around the yard and the next thing I know he came in with blood running down his hand. I asked, “What on earth happened?!” He had cut his finger on the tin on the dog house they moved. I bandaged him up and sent him back out and literally two minutes later he came back in and had blood running down his face. “Seriously!!??” This time, he was using the drill and it kicked back and hit him by his eye. Knowing I just finished fixing the first wound, his dad told him “Don’t go in there and show your mother!” I got him bandaged again and told him I was going to wrap him in bubble wrap if he wasn’t more careful! 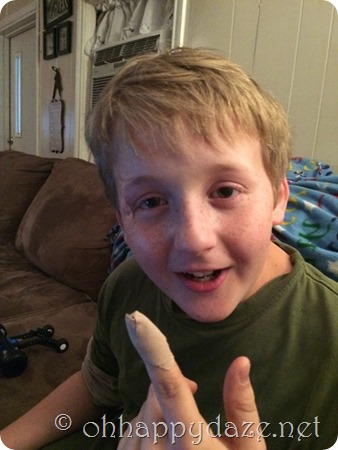 Hubby and I supposed to go celebrate our anniversary on the 24th but we postponed it to help a daughter deal with a hard break up with her boyfriend. After a couple days of letting her be sad, I made her go to her cousin’s house to spend the night hoping that her getting away would help get her out of her funk. It did, she refocused and was more determined to get HER life moving in the direction she wanted which started with studying for her learners license. 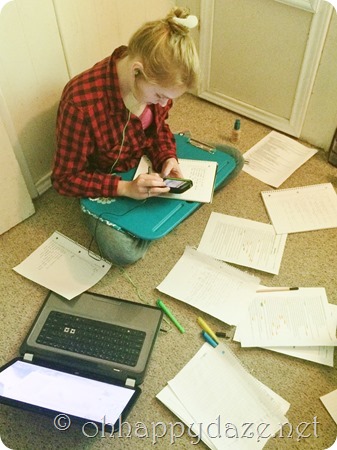 Hubby and I tried to enjoy our anniversary while the kids were at my sister’s house but knowing our baby girl was still sad made it hard to be happy. When one of our kids hurt, we hurt. We did go on a hike and enjoyed the peace and calm of the lake. He knew I would feel better getting out of the house, at least for a little while. He always knows what I need. 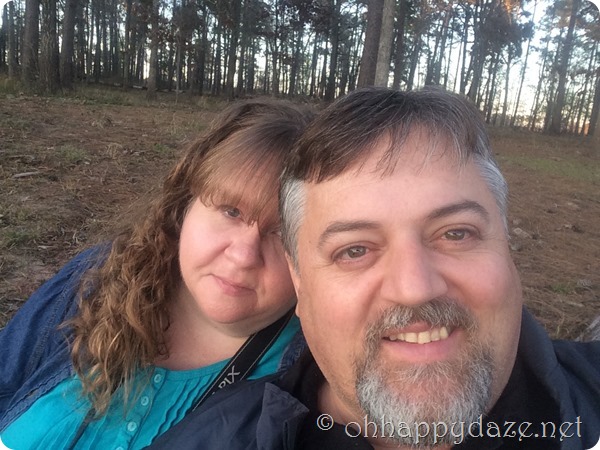 The next day we went on a different hike and played on the swings and the spinning chair thingy at the playground like a couple of kids. And there, I finally found my smile, I even found my laughter again. It has been a rough couple of months for us through changes and outside influences wreaking havoc in our life it was a true blessing to be able to just forget all our troubles, if only for a moment and just be… us.
Times like these are what makes a marriage, times when you can’t seem to work past the problems and yet, you do, with the love and support of the one you vowed to stay with through all of these good times and bad. I love this man more today than I ever have and I am eternally grateful to God for my husband. 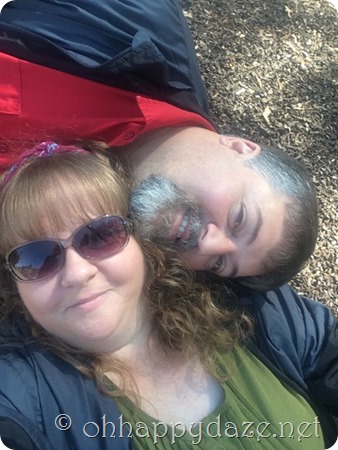 Posted on March 26, 2016, in Family, My Journal and tagged Family. Bookmark the permalink. Leave a comment.